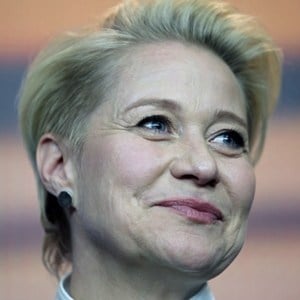 Danish actress Danish, singer and songwriter. She is known for films including 2019’s Queen of Hearts, 2012’s Love is All you Need and 2010’s Hævnen.

When she was eight years old, she began performing with the Odense orchestra.

She appeared in the television series Arvingerne (The Legacy), in which she plays the character of Gro Grønnegaard.

Her partner is director Niclas Bendixen. Her children are named Bendixen and Aksel.

Alec Baldwin called her “the best actress in the world”, after he saw her in the 2008 film Troubled Water.