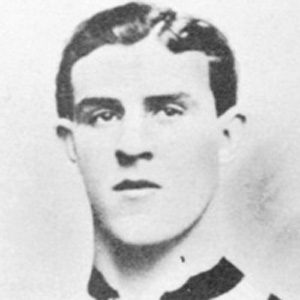 Former English centre-half for Aston Villa who was murdered by his landlord when he was 23 years old.

He became the first Football League player to be murdered.

He married Beatrice Richards in May of 1922.