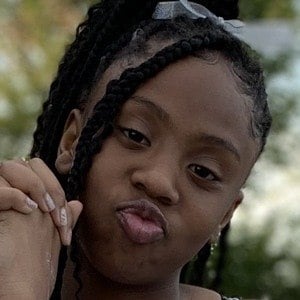 Social media celebrity who, along with her sister Za’Miyah, became one half of the X2 YouTube channel. The two girls are best known for their original dances which they share with over 390,000 subscribers.

In April 2017, she appeared in her debut YouTube dance clip titled Push It!!!

Her 2018 video X2 DANCE BATTLE WITH FRIENDS soared past 3 million views in just one year.

She and Za’Miyah have an older brother and an older sister.

In July 2017, she took part in a group dance that was set to the Cardi B track “Bodak Yellow.”