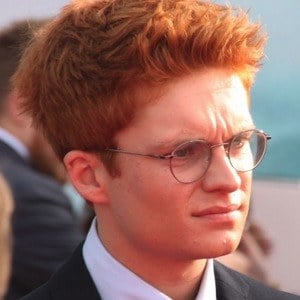 Joined the cast of the Christopher Nolan film Dunkirk in 2017. He also earned a recurring role in the British period drama The Last Post.

He studied acting at the Guildhall School of Music and Drama and while there appeared in stage productions of Peter Pan and Macbeth.

His first screen role was in 2013 in a couple episodes of Casualty. He also appeared in the Netflix film The King.

He is a native of London, England.

In the 2017 war movie Dunkirk, he stars alongside Tom Hardy, Cillian Murphy, and Harry Styles.

I’ve never actually been exposed to the hardships that proper soldiers endure. I also think you need a particular constitution to be a soldier – built a certain way and wired a certain way. I don’t know if I’d be too good with being told what to do all the time. I am a law-abider, but I’ve got a lot of questions and opinions, so maybe not.

When Tom Hanks is in a film, you know it’s going to be good.

I was quite frustrated by school and found solace in going to the drama studio, doing stupid voices, and being an idiot. I then went to Guildhall School of Music and Drama and signed with a great agent in my third year.

I had to leave my three-year acting course at Guildhall a little early to start filming Chris Nolan’s ‘Dunkirk.’ It was an absolute dream come true.