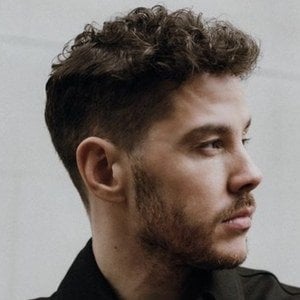 ITV2 reality television personality who finished in third place on the second series of Love Island. Away from television, he’s worked as a director for the PR agency The Social.

He was working as a club promoter before appearing on Love Island.

He became a social media phenomenon with more than 300,000 Twitter followers.

He was involved with both Zara Holland and Kady McDermott while on Love Island. His relationship with Kady continued after the show ended, but they eventually split up. His twin brother is soap actor Adam Thomas. He also has an older brother named Ryan Thomas.

He was featured on the same series of Love Island as Terry Walsh.