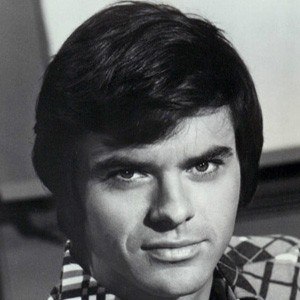 Played the title role on TV’s Spenser: For Hire, and starred in S.W.A.T. and Vega$. He has starred in a record 15 TV series.

He briefly worked as a sales account representative and TV weatherman before discovering his interest in acting.

He died from a unique form of cancer that attacks the soft tissues within joints.

He married his second wife, Heather Menzies in 1975.

Charge forward with hope and get the best medical advice you can. Talk to your friends, neighbors, family, and together you attack it. We can’t always control what happens to us, but we can always control how we react to it.

A healthy outside starts from the inside.

I’ve cheated myself: there are other things I could have done to fill out the bouquet of my career.

While there’s time left, I want to do different kinds of things.