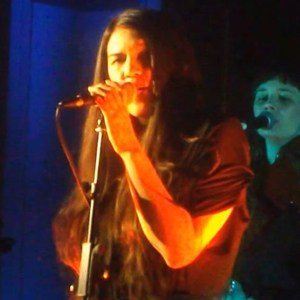 British singer-songwriter who rose for her piano piece “The Kiss,” which became a worldwide TV campaign for the Apple iPad 3. She’s also popular for her debut album, The Disappearance of the Girl.

She grew up in a struct Muslim household and ran away at the age of 17 to pursue her dreams.

She joined the bands Radiohead and Goldfrapp in 2008 and became a Warner/Chappell Music Publishing artist.

She collaborated with author Peter S. Beagle on the track “Dark Water Down.”