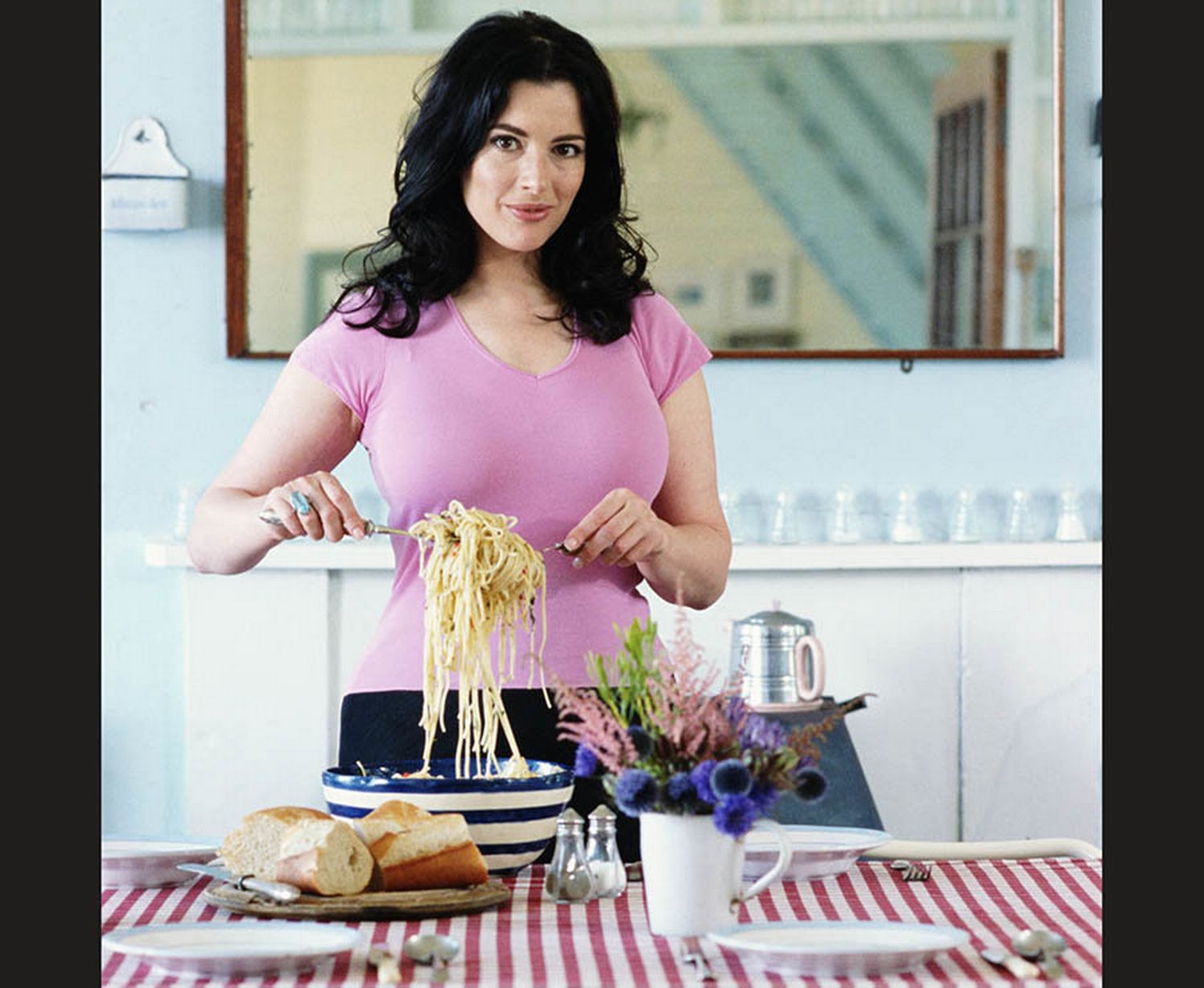 English food writer and critic who wrote such bestselling cookbooks as How to Eat. She hosted the cooking shows The Taste and Nigelia Kitchen.

She married art collector Charles Saatchi in 2003 and the couple divorced in 2013. She was previously married to John Diamond from 1992 to 2001 and she has a son named Bruno and a daughter named Cosima.

I know the crew so well, so I forget I’m being filmed. It’s like cooking with a friend in the kitchen – you’re talking, as you do, and maybe you’re telling her about this wonderful way to prepare lamb chops – it’s more natural, more honest.

But if you know that something has been really vicious, you don’t read it, you don’t let it into your head. What’s damaging is when sentences go through your head and you burn with the injustice of it.

I was a quiet teenager, introverted, full of angst.

There is a kind of euphoria of grief, a degree of madness.

I don’t believe in low-fat cooking.