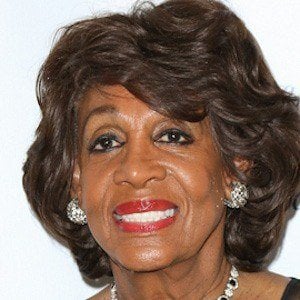 Democrat who became a Member of the U.S. House of Representatives from California in 1991. She holds four Caucus memberships and is involved in three subcommittees under the United States House Committee on Financial Services.

She worked in a garment factory and as a telephone operator and later served in the California State Assembly from 1976 to 1991.

She was the chair of the Congressional Black Caucus from 1997 to 1999.

Her second husband is Sid Williams who played professional football in the NFL, and was the former U.S. Ambassador to the Bahamas under the Clinton Administration. She has two children.

She became the ranking member of the House Financial Services Committee in 2012 when Barney Frank retired.

Be who you are, do what you do and let us get on with discussing the real issues of this country.

I believe that Trump is a danger. I believe that he wants to tighten and build up his relationship to Russia for whatever reasons.

I’m so proud of this connection that I’ve made with these young people.

There are people who love and appreciate this country, but they don’t talk about it that way. Now is the time to talk.

This country cannot tolerate the fact that someone worked with Russia to undermine our democracy.