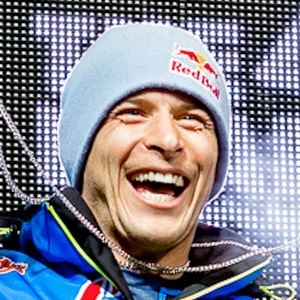 Multiple X Games gold medalist as a professional snowmobile racer who has won events in the categories of HillCross, Freestyle, Speed & Style, Knock Out, and Long Jump.

He earned his first X Games medal, a gold medal, in 2004 in the HillCross event.

He became the first snowmobile racer to attempt a double back flip. He completed two full rotations, but could not stick the landing. he jumped across the San Diego Bay as part of Red Bull New Year No Limits.

He was born in Longville, Minnesota.

He and Colten Moore are both X Games snowmobile racing competitors.