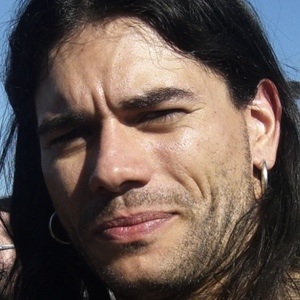 Spanish singer, songwriter and guitarist who has risen to fame as the front man of the Spanish heavy metal bands Saratoga and Stravaganzza. He has also played the character of Jesus Christ in the rock opera Jesus Christ Superstar.

He sang for the obscure Spanish heavy metal band Krysalida before joining Saratoga in 1999.

He was born in Fuenlabrada, Spain.

In 2017, he released a cover of Black Sabbath’s “Neon Knights” as a tribute to singer Ronnie James Dio.