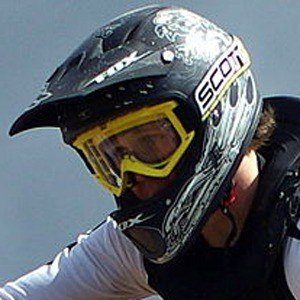 He starting riding during his early teen years and began racing only 2 years later. He won a number of junior national championships starting in 2010.

He is also adept at dirt bike racing as seen on his Instagram account that has more than 50,000 followers.

He and Josh Bryceland are both professional downhill mountain biking national champions.