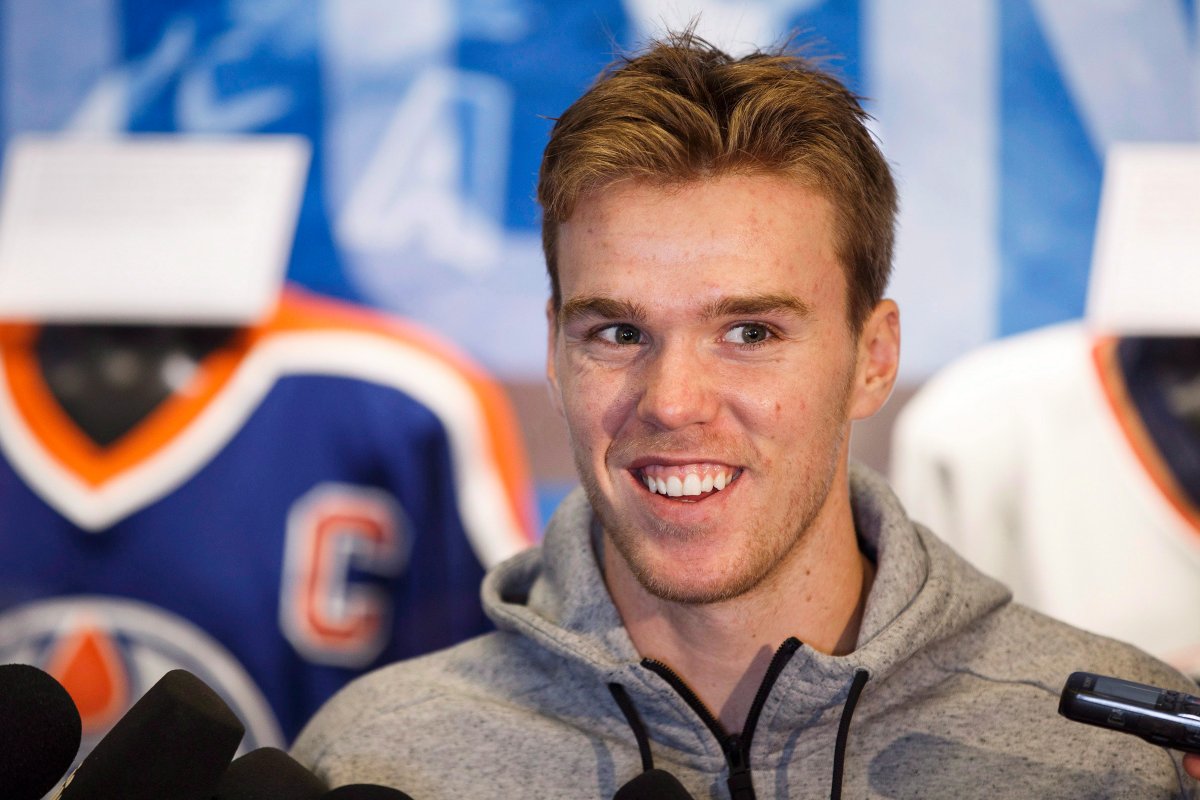 Versatile center who was selected first overall by the Edmonton Oilers in the 2015 NHL Draft. He was named captain of the Oilers in October 2016, becoming the youngest captain in NHL history at 19 years and about 9 months old. In 2017, he won the Hart Trophy as the league MVP and the Ted Lindsay Award as the league’s most outstanding player.

He and his older brother Cameron were born to Brian and Kelly McDavid.

You don’t want to be that big shot, some guy who’s some… whatever.

You want to win hockey games, and it doesn’t really matter how you do it.

I used to get shadowed when I was 8 years old. Really early.

If you want to do something for the rest of your life, it’s not going to be easy, especially being a pro hockey player, so you need to work at it.