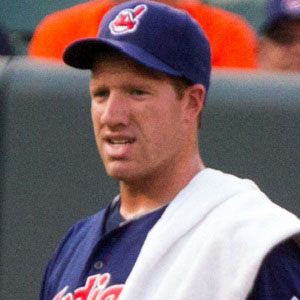 Pitcher who made his major league debut with the Cleveland Indians in 2011 after spending several years in the minor league system of the New York Yankees. He won the 2016 AL Pennant with the Indians.

He was born in Chillicothe, Illinois and won the 2006 Class A state championship at Illinois Valley Central High School.

He was named the Yankees’ Minor League Pitcher of the Year while with the Double-A Trenton Thunder in 2009. He earned his first major league win in May 2012.

He has been married and has a child.

He has been teammates with fellow pitcher Ryan Webb in Cleveland.