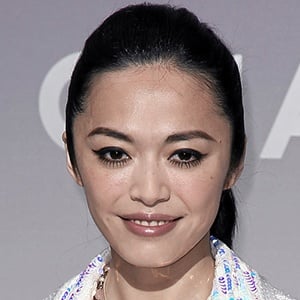 Chinese actress and philanthropist who is known for her work with the refugee crisis and was awarded the 2016 Crystal Award by the UN for her work. She is also known for having starred in the films Lost, Found, and MBA Partners.

She studied at the Beijing Film Academy from 1999 until 2003. She made her television debut that year on the series City Girl where she played Su Qingqing. She then made her feature film debut in 2006 when she starred in Axis of War: My Long March.

She was listed and featured on Time Magazine’s 2014 list of 100 most influential people.

She was born and raised in Shishi City, Quanzhou, Fujian, China and married Cao Yu in November of 2012.

She starred alongside Kris Wu and Lin Gengxin in the 2017 feature film Journey to the West: The Demons Strike Back.