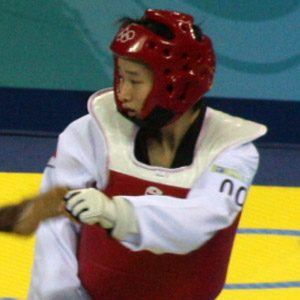 Chinese Taekwondo athlete who won gold at the 2008 Beijing and 2012 London Olympics in the 49 kg weight class.

She began practicing Taekwondo when she was 12 years old.

She was the first Chinese woman to win gold medals in the 49 kg class at both the Olympics and Asian Games.

She won gold at the 2008 Summer Olympics where swimmer Michael Phelps won an amazing 8 gold medals.