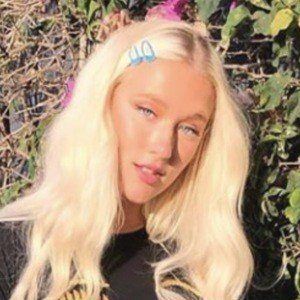 YouTuber, actress, and musician who came to fame through her vlog channel, Vesta Lugg, which boasts more than 100,000 subscribers. She is also the creator of the fashion blog Prickly Persona.

She moved with her family to Chile from Canada when she was three years old. While living there, she worked as a child model until the age of seven.

She embarked on a music career in 2016, releasing the singles “Touch Me” and “Problem Child.”

She and Constanza Piccoli both appeared on the children’s series BKN.