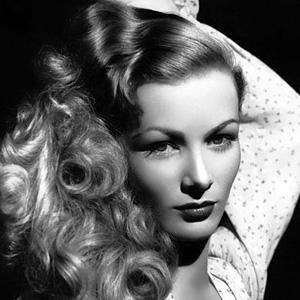 Actress who caused a craze by posing with her hair falling over one eye and appeared in This Gun for Hire in 1942. After taking a hiatus, she returned to the screen with the 1966 film Footsteps In the Snow.

She studied at Bliss-Hayden School of Acting in Los Angeles.

She became known for her acting in Sullivan’s Travels and had a difficult life dealing with mental illness and alcoholism.

She was married to John S. Detlie from 1940 to 1943, and the couple had two children together.

I wasn’t a sex symbol, I was a sex zombie.

You could put all the talent I had into your left eye and still not suffer from impaired vision.

I’ve reached a point in my life where it’s the little things that matter… I was always a rebel and probably could have got much farther had I changed my attitude. But when you think about it, I got pretty far without changing attitudes. I’m happier with that.