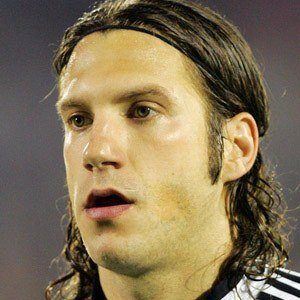 Former German midfielder who ended his career with Toronto FC in 2012, after earning over 160 caps for Bayern Munich.

He had two children, Lisa and Lena, with his wife Petra Frings.

He was teammates with Lukas Podolski on Germany’s national team from 2004 to 2009.