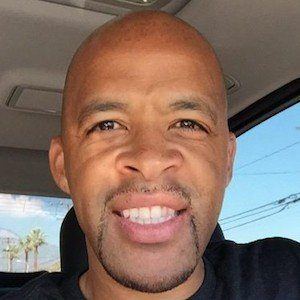 6’9″ forward whose NBA career spanned from 1993 to 2000; was a member of the Denver Nuggets, Charlotte Hornets, and Golden State Warriors in the NBA and also played in the CBA and ABA as well as in Russia, France and Italy.

He played college basketball at the University of Nebraska.

In June, 2007, he became player-coach of the Orange County Gladiators in the ABA.

He was born and raised in Los Angeles, California.

He played alongside Antawn Jamison on the Golden State Warriors during the 1999-2000 season.