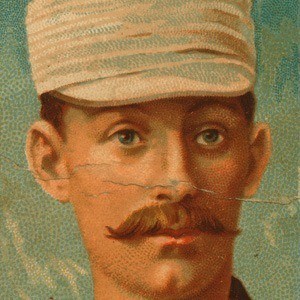 Starred in the early days of baseball as one of the most dominant pitchers of his generation, winning 342 games in just 14 seasons.

He was born and raised in Cambridge, Massachusetts and became known as ‘Sir Timothy’ because of his polite nature.

He set a major league record by winning at least one game in 47 different baseball stadiums.