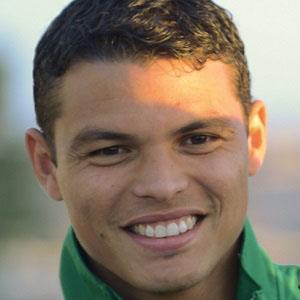 Centre-back who joined Paris Saint-Germain in 2012 after spending three years with AC Milan; named Serie A Defender of the Year in 2011 and became a member of the Brazilian national team in 2008. He began playing for Chelsea FC in 2020.

He began his youth career with Fluminense in 1998.

With AC Milan, he was instrumental in leading the team to their first Serie A title in seven years.

He and his wife Isabele have two sons named Isago and Iago.

He was teammates with Oscar Emboaba on Brazil’s silver medal-winning national soccer team in 2012.

When you don’t win, you get called a failure.

I think the main thing is to give your best regardless of whether you’re the captain or not.

Centre-backs with good technique can move the ball forward, even when under pressure.

I think Mourinho did not have enough respect for us.

I started off as a right-winger, but my coaches pushed me further and further back. So much so that I ended up in defence, because I wasn’t good with my hands and there was nowhere else to go! So they put me there and that’s when I found my position.