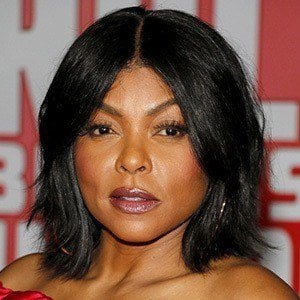 Seasoned movie actress who has appeared in many acclaimed movies, such as Hustle & Flow, Baby Boy and Hidden Figures. She began playing Cookie Lyon on the FOX series Empire in 2015. She was cast to star in the 2019 film What Men Want.

She attended Howard University, and in 2000, she debuted in The Adventures of Rocky and Bullwinkle.

She was nominated for her first Academy Award in 2008. Her role in Empire earned her the Golden Globe Award for Best Actress in a Drama TV Series in 2016.

In 1994, she and her high school sweetheart, William Lamarr Johnson, welcomed a son named Marcell. In 2003, William was tragically murdered. She became engaged to longterm boyfriend and NFL player Kelvin Hayden in May of 2018, but she disclosed the end of her engagement during the October 19th, 2020 episode of The Breakfast Club.

She co-starred in The Curious Case of Benjamin Button with Brad Pitt.

Something happens to a woman when she can’t reproduce. I’ve not had to walk that path, but I can only imagine when your organs don’t work and how that could make you feel.

I don’t think a living being should suffer for the sake of fashion, period. End of story. You don’t have to kill an animal just because you want to be hot and fly. And I really stand by that.

Most men are fragile.

Humans have a light side and a dark side, and it’s up to us to choose which way we’re going to live our lives. Even if you start out on the dark side, it doesn’t mean you have to continue your journey that way. You always have time to turn it around.