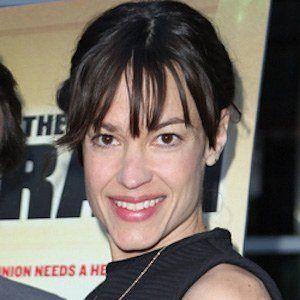 Los Angeles-based cellist as well as artist and singer who performed alongside her triplet sisters in a group called the Haden Triplets. She previously performed in several other bands, including one called Let’s Go Sailing, and created the Imaginary Bear puppet show.

She graduated with a Master’s of Fine Arts with a major in Experimental Animation from California Institute of the Arts.

She performs the cello as an additional member of the Silversun Pickups and was featured on the band’s EP Pikul. She has also played with the indie folk band Sea Wolf and the rock band The Warlocks.

She and her husband Jack Black have sons named Samuel Haden Black and Thomas David Black. As The Haden Triplets, she played the cello, Rachel played the bass, and Petra played the violin. She has a brother Josh who is a bassist and singer as well for the band Spain.