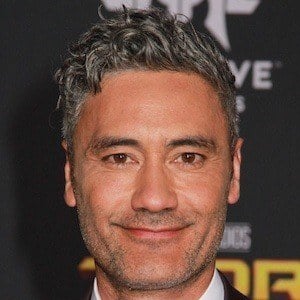 Actor and director known for his movies What We Do in the Shadows and Boy, the latter of which became New Zealand’s highest-grossing film. He was chosen to direct 2017’s Thor: Ragnarok, the third movie in the franchise.

He attended Victoria University of Wellington and won the Billy T Award as part of a comedy duo in 1999. His first major TV role came in the early 2000s show The Strip.

His 2004 short film, Two Cars, One Night, was nominated for an Academy Award. He played Tom Kalmaku in 2011’s Green Lantern.

He’s of Russian and Maori descent and is sometimes billed as Taika Cohen. He had a daughter named Te Hinekahu with wife Chelsea Winstanley in 2012. The couple separated in 2018. He and singer Rita Ora became romantically linked in 2021.

He and James Rolleston both starred in Boy.

Nothing could be more restrictive than working with people in advertising.

In a lot of my films, the biggest theme is family, making families out of those around you.

I wish I was less good-looking and more unpopular. Then I could get into politics and use my pent-up resentment about being ugly and unpopular to systematically destroy the country.

As kids, we all thought Bob Marley was Maori.

I actually keep having this one recurring dream where I’m a little number standing in a line of other numbers that look identical to me. Then there are more and more of these numbers that follow me, again and again and again. It’s more of a nightmare.