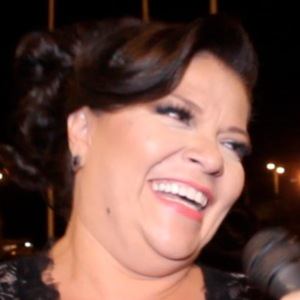 Ecuadorian actress who is known for her role as Katiuska Genoveva Quimi Puchi in the series Solteros sin Compromiso. She is also known for being a cast member on the series UHF.

She made her television debut on the series Solteros sin Compromiso from 2001 until 2007. She then began appearing on a range of TC Television series including A toda Maquina, La Pareja Feliz, and Mostro de Amor.

She has been featured in several press outlets for her acting including El Telegrafo and El Universo.

She was born and raised in Quito, Ecuador. Her parents Lucho Galvez and Alina Ortiz are radio stars.