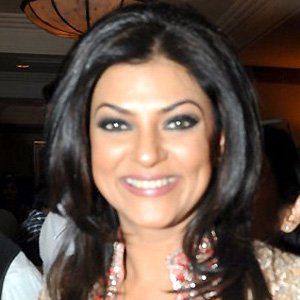 She won Miss Universe in 1994, and became known for her roles in Ratchagan, Aankhen, and Zindaggi Rocks. She also played a major role in the 1999 film Sirf Tum.

She won the title of Femina Miss India as a teenager and represented India in the Miss Universe beauty pageant.

She won the Filmfare Award for Best Supporting Actress Award for her work in the 1999 comedy film Biwi No.1.

She was directed by David Dhawan in the 1999 feature Biwi No.1.

There’s no mantra for bringing up a kid.

For a woman who didn’t want to be an actress, who is too tall, lanky, shy, and who didn’t fit into a Hindi conventional heroine, I am overwhelmed that my audiences have accepted me in India and the world.

I am proud to be an Indian.

I truly believe children learn by examples much more than what you can teach them verbally.

Everything that has come my way has moulded me as an actor and as a person.