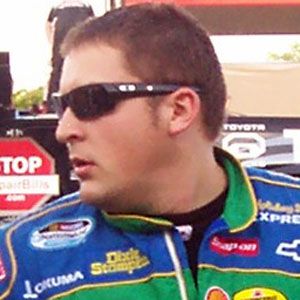 He began racing quarter midgets and go karts when he was 7 years old.

He won his first NASCAR Nationwide Series race at the 2007 Meijer 300 presented by Oreo at Kentucky.

He was born in Asheville, North Carolina.

He split time with Bobby Labonte driving the #21 Nationwide car for Richard Childress in 2008.