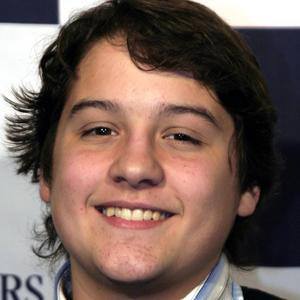 Television actor known for portraying the voice of Mac on Foster’s Home for Imaginary Friends. He later earned the role of Johnny Atkins on the TV show The Goldbergs.

He started his acting career at age six as Jamie Martin on All My Children.

He has had motion picture roles in 13 Going on 30 and High School.

He has two brothers, Chris and Eric.

He played the young version of Mark Ruffalo ‘s character in the romantic comedy 13 Going on 30.