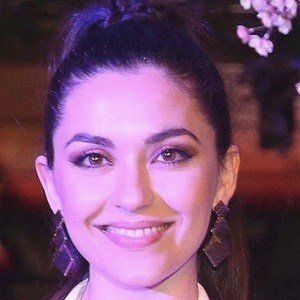 Television, film, and theatre actress who is best recognized for her role as Vitória Santareno in the series Want Fate. She has appeared in several series throughout her career including Double Game, Brother Country, and Our Days.

She made her professional acting debut in 2002 on the series Amanhecer when she was just 11 years old.

In 2018 she played the character Raquel in the touring theatrical production of the show Facebook Generation.

She is married to actor José Raposo and they have one child together. Her parents are Felisbela Dias and António Barradas.

She appeared alongside actress Rita Pereira in the hit series, Holy Remedy.