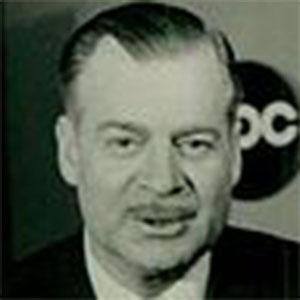 ABC and CBS broadcast journalist who anchored the ABC Evening News from 1962 until 1965. He gave round-the-clock coverage of JFK’s assassination.

He worked for the Federal Bureau of Investigations for two years, after which he joined a Boston radio station.

He worked on a few CBS news and human interest-related programs, including Man of the Week and Answer, Please!

He was married to his wife Beulah Tracht for 56 years and together they had a son, Ronald W. Cochran, and a daughter, Judith Cochran-Smith.