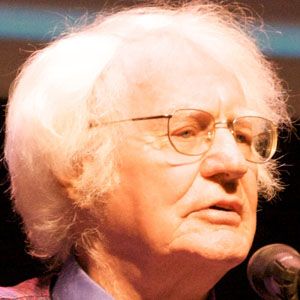 Poet and author associated with the Mythopoetic Men’s Movement and known for Iron John: A Book About Men. His 1967 poetry collection, The Light Around the Body, received the National Book Award in 1968.

He attended Harvard University and the Iowa Writers’ Workshop.

His poetry collections include My Sentence Was a Thousand Years of Joy, Surprised by Evening, and Loving a Woman in Two Worlds.

He had four children with his first wife, Carol Bly.

He was influenced by the poetry of Ezra Pound.

When a father, absent during the day, returns home at six, his children receive only his temperament, not his teaching.

The beginning of love is a horror of emptiness.

It is surely a great calamity for a human being to have no obsessions.

By the time a man is 35 he knows that the images of the right man, the tough man, the true man which he received in high school do not work in life.