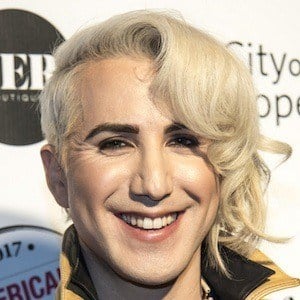 Former lead singer of the boyband No Authority who became known for his solo pop rock music career as Ricky Rebel. He became popular with his single “Star’ and his album Manipulator, which was featured on the MTV series Good Vibes.

His band was discovered by the King of Pop, Michael Jackson in the 90s.

He was born Ricky Felix Godinez but goes by his stage name Ricky Rebel due to his rebellious persona growing up.

His band No Authority was signed to the same record label as Madonna, Maverick Records.