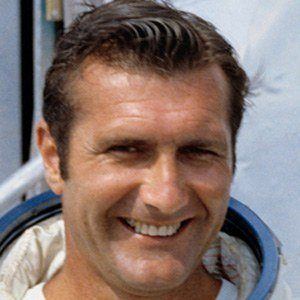 Astronaut who piloted the Gemini 11 and Apollo 12 space missions. He spent just over 13 days in space.

He worked as a fighter jet test pilot for three years in the late 1950s.

He won the 1961 Bendix Trophy Race from Los Angeles to New York City, with a record speed of nearly 870 mph.

He married and had six children.

He was portrayed by Tom Verica in the miniseries From the Earth to the Moon.