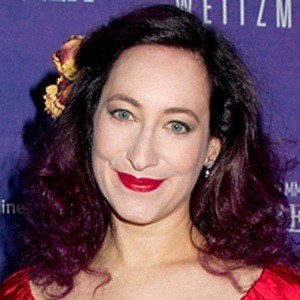 Singer, songwriter, producer, and founder of MPress Records who would release 12 full-length solo albums between 1996 and 2016. Performing Songwriter magazine named her one of the Top 100 Independent Artists of the Past 15 Years.

She trained in drama and ballet before electing to pursue music as a career. She taught herself to play the piano. Her education track includes the School of American Ballet, Stanford University and the Actors Studio MFA program.

She won Best Folk/Singer-Songwriter Song for her song “Sacrifice” at the Independent Music Awards in 2005.

She was born in Port Chester, New York.

Maddie Ziegler danced to her songs “Happiness” and “Birthday.”