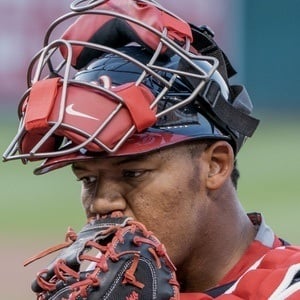 Professional catcher that signed with the Washington Nationals as an international free agent in 2010. He was claimed by the Baltimore Orioles off waivers in March 2019.

When he began his baseball career he played third base, outfield, and pitched.

He is a native of Bonao, Dominican Republic.

He played alongside Maikel Franco as a member of the Orioles during the 2021 MLB season.