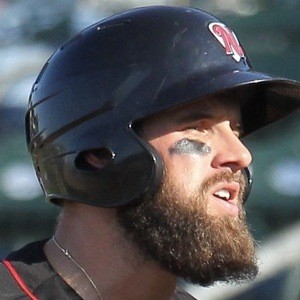 Professional outfielder that was drafted by the St. Louis Cardinals during the seventh round of the 2011 MLB Draft. He was signed by the Chicago Cubs in January 2021.

He began his professional career playing for the Cardinals’ single-A affiliate team the Batavia Muckdogs.

He made his major league debut playing against the Texas Rangers on June 6, 2018 as a member of the Oakland Athletics.

He grew up living with his parents, Scott and Kristin, and his three siblings.