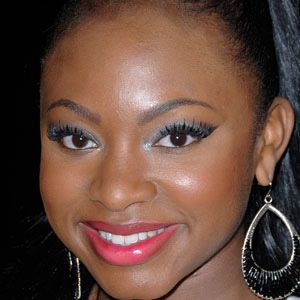 Singer and actress best known for her time with girl group 3LW. She has also landed supporting movie roles in Notorious and Fame. She began starring in the Starz drama Power in 2014.

She attended Seton Hall University and sang in her church choir. She joined 3LW when it was founded in 1999.

In 2001, her band 3LW went on tour with Destiny’s Child, Dream, Nelly, Jessica Simpson, and Eve.

She is the daughter of Brenda, a part-time paralegal, and Ezra Naughton, a retired accountant. She had her first child, a daughter, in July 2017.

She and 3LW sang songs produced by Sean Diddy Combs.

Professionally, I want to be remembered for how hard I worked and how I put my heart and soul into my work. Personally, I want people to remember my heart.

I think a lot of young people don’t realize the price of fame is a lot higher than they imagine.

I don’t just want to be a cute girl in a comedy or the actress who just does the same thing over and over again. I want to play roles that are distinct. I want to have a more varied career like actresses Viola Davis or Angela Bassett – those are the people that I grew up watching and admiring.

I want to do stories that inspire people.

I was a cheerleader in high school, but I love to play basketball.