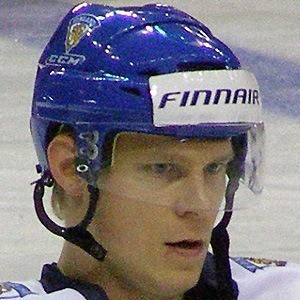 NHL center who was named captain of the Minnesota Wild in 2008.

He played in the Finnish junior leagues and then joined the senior TPS team in the country’s SM Liga.

He won the world championship with Finland in 2011 and the following year was selected to the NHL All-Star team.

His older brother Saku Koivu led the Montreal Canadians as captain for many seasons. He married Helena Koivu and the couple welcomed a daughter named Sofie in 2013.

He was joined by Cal Clutterbuck on the Minnesota Wild in 2008.