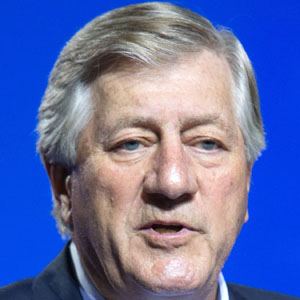 While a Member of Ontario’s Provincial Parliament, this Progressive Conservative Party politician took office as twenty-second Premier of Ontario. He ended his second term as Premier in 2002.

After graduating from North Bay Teachers’ College, he taught seventh and eighth grade mathematics and also worked as a skiing instructor. He first entered politics as a trustee of his local school board.

He is notable for his role in the economic “Common Sense Revolution” of the 1990s and early 2000s.