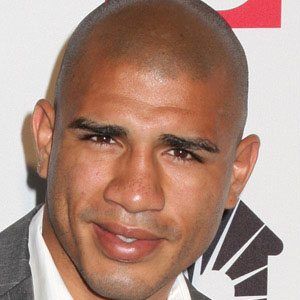 Became the first Puerto Rican boxer to win world titles in four different weight divisions. He was ranked as the world’s third best light middleweight by The Ring magazine in 2017.

He competed in the 2000 Sydney Olympics as an amateur.

He signed a multi-fight deal with Golden Boy Productions in 2017.

He married Melissa Guzman in 2008; they have a daughter named Alondra and a son named Miguel III. His brother Jose Cotto and cousins Abner Cotto and Carlos Cotto also became professional boxers.

He defeated Shane Mosely by unanimous decision in 2007.

I am a really quiet person. I just like to be with my children and my family and being home. I live one day at a time, enjoying the best of life, just living.

As everyone in boxing knows, styles makes fights.

I don’t want to be named myself as one of the elite boxers of Puerto Rico. That’s for the fans and for the people that know about boxing. I just want to do my job the best I can, and I am going to do that the rest of my career.

Winning the first championship is a goal for any boxer, and it means a lot to reach it.