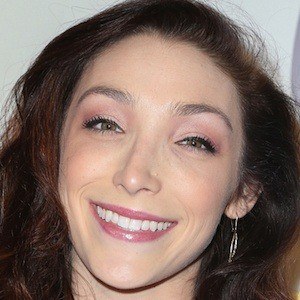 American ice dancer who was a 2014 Olympic gold medalist, 2010 Olympic silver medalist, and a multiple-time World and Grand Prix Final champion. She first teamed up with her longtime partner Charlie White in 1997. She won the 18th season of Dancing with the Stars alongside Maksim Chmerkovskiy.

She started skating when she was only five years-old and in her season partnering with White, they won the silver at the Junior Olympics.

She is a native of Michigan, growing up in West Bloomfield Township and attending the University of Michigan. In 2017, she got engaged to Fedor Andreev.

She and Maksim Chmerkovskiy set the record for the highest cumulative average, at 28.40, on Dancing with the Stars, defeating the record previously set by Kristi Yamaguchi.

If someone were to actually come to one of our training sessions, there’s lots of flipping and sweating and crying and blood going on all over the place. I mean, if that doesn’t qualify it as a sport, then I don’t know what does.

I don’t think that we have a consistent team motto, but before we take to the ice, Charlie and I like to go over things and just reminding ourselves to have a wonderful time and enjoy the moment.

Oftentimes we will get to the rink when the sun comes up and leave when the sun is setting, so on a weekend, I really like to spend at least one day outside and not be stuck indoors all day.

Charlie and I discovered at a really young at that we had a passion for figure skating, and I think that passion drives us to work every day to improve and grow. We have really learned to love our sport more and more, year to year. And the hard work really pays off.

One piece of advice that I would give to any young athlete or performer is remember to thank your mom.