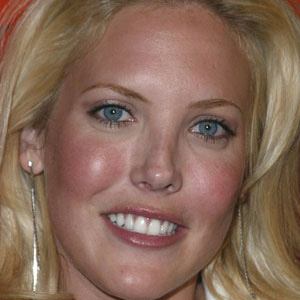 Actress who played Harmony in the television series Buffy the Vampire Slayer and Angel. She later appeared in the 2008 film Dark Reel.

She played a girl scout selling cookies in 1991’s The Addams Family.

She is considered a modern day Scream Queen for her roles in horror-slasher films like Hatchet in 2007.

She married Mark Henderson in 2012.

She appeared in the 2008 movie Vipers with Tara Reid.