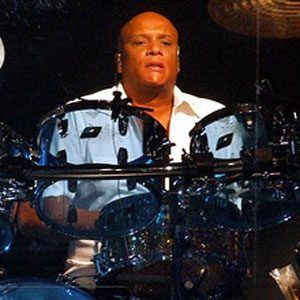 Drummer of the Scottish rock band Simple Minds, the group known for hits like “Don’t You (Forget About Me)” and “Belfast Child.”

He started playing the drums when he was eleven years old, going on to play professionally three years later.

He is a fan of James Brown.

He was raised in London.

He was influenced by Jimi Hendrix.