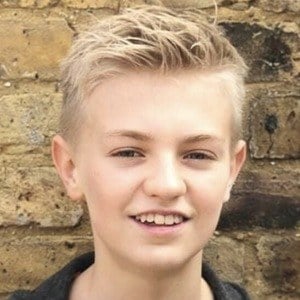 Singer and dancer best known as part of Kidz Bop UK, the UK version of popular music act Kidz Bop. He became part of the group in 2017 and has starred in over 20 music videos for the brand. He also appeared on CBBC’s Blue Peter, Saturday Mash-Up.

He used to perform with another kids act called Re:Verb which won the 2017 Jack Petchey Glee Club Challenge.

He appeared on Britain’s Got Talent with his dance troop Youth Creation. He’s stated he’d like to star in musicals as an adult and called Hugh Jackman one of his biggest inspirations.

He has a younger brother named Joe.

His favorite singer is Ed Sheeran.