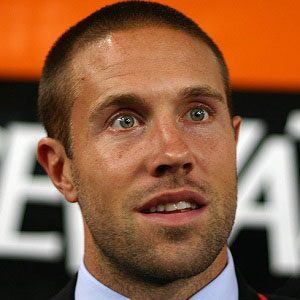 English soccer player who won the Premier League, FA Cup and FA Community Shield titles with Arsenal in 2002. He served as the captain of West Ham United from 2009 to 2011.

He trained at the Ipswich Town Centre of Excellence.

He won ITV’s Man of the Match award for his performance against Germany in November 2008.

He has a son named Elijah with British runner Ellie Darby.

He was teammates with Steven Gerrard on the English squad at the 2010 FIFA World Cup.