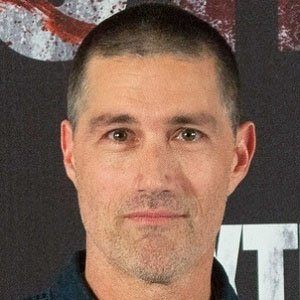 After graduating from Columbia University, he interviewed for a job to sell stocks at Prudential-Bache.

He appeared in the films Vantage Point and We Are Marshall.

He married Margherita Ronchi in 1992. The couple has a daughter, Kyle, and a son, Byron.

He starred alongside Evangeline Lilly in the hit ABC series Lost.

I enjoy a four-seasonal climate and wide-open spaces, so being on an island 2,500 miles into the South Pacific made me feel a little claustrophobic.

I’m sorry, but I can’t make a movie with the blonde from ‘ER’ who is starring in every single bad romantic comedy.

Sometimes people look to others for answers they can find within themselves. I don’t really want the responsibility of being the guy they look to.

But, sooner or later I’d love to do a comedy. I mean I think that, you know, people don’t think that that’s in my wheelhouse because I’ve sort of played a lot of dramatic stuff and that’s certainly a side of myself that I want at some point in the right context, in the right stuff, that I find really funny.

I’m not saying I want a film career because I think I’m too good for television. I’m simply saying I want more control over my life.