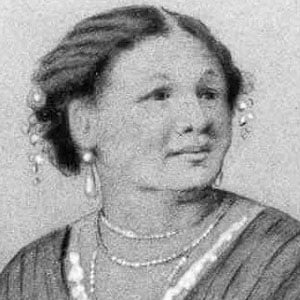 Remembered for her 1857 memoir Wonderful Adventures of Mrs. Seacole in Many Lands, this Jamaican-born writer and nurse assisted soldiers during the Crimean War and fought for racial tolerance by openly celebrating her multi-ethnic heritage.

She first traveled from her native Jamaica in the early 1820s, living in England for a year and doing her best to combat the racial prejudice she encountered there.

During the Crimean War, she traveled overseas and established a medical and rest facility in Crimea (modern-day Ukraine) known as the British Hotel.

The child of a Scottish military man and a Jamaican medicine woman, she was born Mary Jane Grant and raised in Kingston, Jamaica. In the 1830s, she married Edwin Horatio Hamilton Seacole.

She and Florence Nightingale both nursed soldiers wounded in the Crimean War.