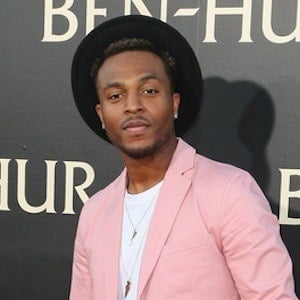 Before beginning his career, he would write raps as devotionals to God. It wasn’t until he converted them to songs that they gained attention from Cross Movement Records, his first record label.

Rapper Lecrae Moore was featured on his 2011 single “All the Way” alongside Trubble.