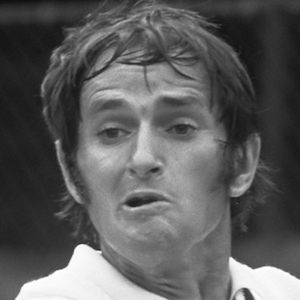 He started playing tennis at the age of eight, and began training and competing avidly as a teenager.

In 1957 he was the second-ranked player in the world.

He married Daphne Anderson in 1961.

In 1972 he lost the Australian Open final to Ken Rosewall.